Cream of the Crap

One man's trash is another man's garbage.

It's true. I checked thesaurus.com.

The people at my apartment complex have thrown out some very interesting stuff in the year-and-a-half I've lived here. Last year someone threw out a giant wooden castle that very well could have been handmade. There have been no shortage of TVs, computer monitors, couches, tables, shelves, vacuums and grand pianos that--with a little effort--could have been sold or donated instead of being shoved into a dumpster.

To preserve the memory of those dearly departed articles, I've decided to document the top of the heap; the best the trash has to offer; the cream of the crap. 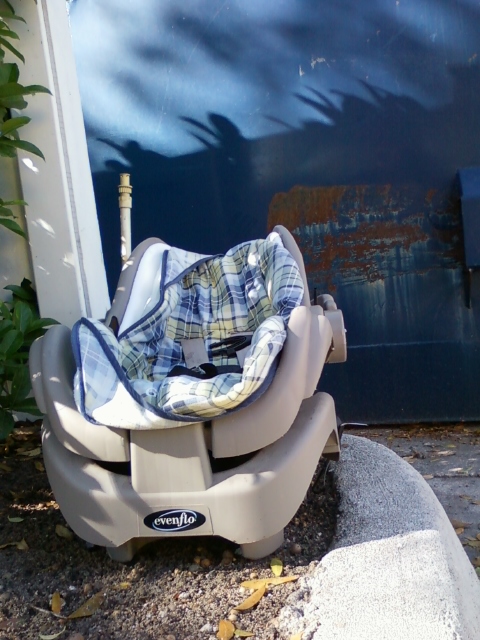 This is a baby's car seat. The baby was already gone by the time I got there.

I'll try to remember to snap a photo every time I take the trash out. You can expect a new entry every couple of months or so.
7 comments:

Email ThisBlogThis!Share to TwitterShare to FacebookShare to Pinterest
Labels: cream of the crap 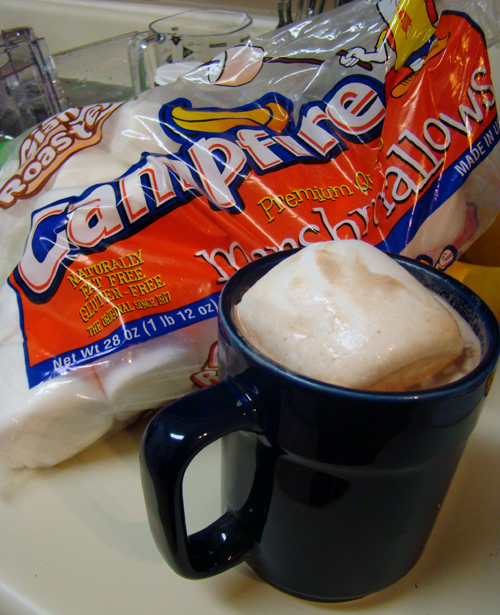 So I tried this again.

This time I microwaved the milk first - alone - and then I added the powder - scoop by scoop - until it was perfectly mixed into the milk. Honestly, it wasn't great. The mug that exploded in the microwave last time tasted much sweeter, so I think that's the way to go from here on out.

Mostly though this was just an excuse to show off these ginourmous marshmallows. That's just one of them in there. One! I was actually hoping that the marshmallow would absorb all the hot chocolate and I could eat it like a delicious sponge, but unfortunately marshmallows are not very absorbent.

The tree is trimmed. The lights are sparkling. I'm wearing a hoodie indoors because it's actually cold in Florida. That sounds like a perfect Christmas equation. The only thing missing is a steaming mug of hot chocolate. 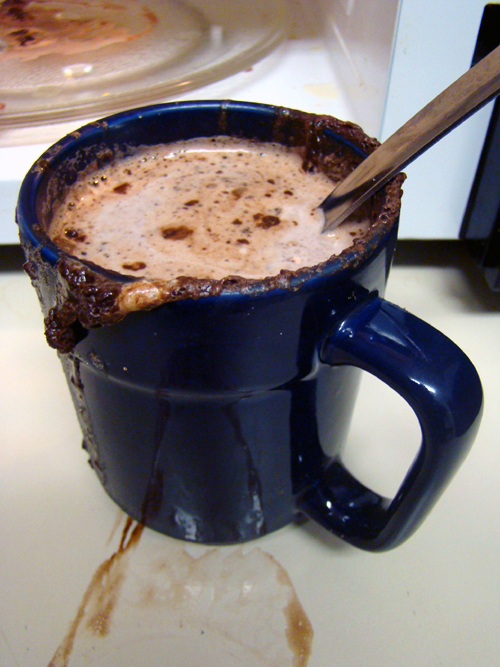 The last time I brewed up a cup of the hot stuff, I warmed my milk in a pan on the stove before pouring in the chocolate mix. When I told my girlfriend this, she scoffed at my extensive routine and told me I should just microwave the mug with everything already in there. (Although now she claims she said to only microwave the milk in the mug.)

Well, this is what happened when I did just that.

Maybe I filled up the cup too high, but I like hot chocolate a lot! I'm going to place most of the blame on the marshmallows for expanding and causing the undissolved chocolate to capsize over the edge of the mug. We have the brand of hot chocolate that already has marshmallows in it because we're awesome and if there was a bag of marshmallows floating around, it would be devoured well before the thought of making hot chocolate would waft through anyone's mind.

While we're on the topic, one of my girlfriend's favorite stories that I've told her about my childhood involves hot chocolate.

One winter, my siblings and I were shoveling out from a recent snowstorm (or more likely building forts and having snowball fights). My grandmother had a pot of hot water boiling on the stove to fill our cups with hot chocolate as soon as we came in to get warm.

As I mentioned earlier, I love hot chocolate, and I was cold, so I had a few mugfuls. After a few sips of one particular drink, I noticed that this hot chocolate did not taste like the previous cups. It tasted bad. But, how could this be? We had just tested the stuff. We knew it was good.

Apparently so much hot chocolate had been consumed that my grandmother had stopped boiling new water and had simply poured in the hot water she had been using to cook broccoli.

And that is why I hate vegetables.